When Did Your Dream Die?

I'm going to start this off with something I heard Tim Storey speak on last night at an event I went to. He told us about a time he was in a third world county and he asked children what they wanted to be when they grew up. Nobody at 10 dreams to become a loser. Nobody wants to grow up and live an average life. Did you ever grow up saying you just wanted to mediocre?

These children he spoke with dreamt of being princesses and astronauts...similar things that we all believed we would be at a young age. During these younger years we truly believed we could be anything we wanted to be, even almost expected it to happen. Then as we got older moving into late teens/early twenties after we have had time to experience life and get knocked down a time or two, we began to stop expecting things. As issues arise and detours pop up, we may even stop believing things.

How often do we have temporary denials in life and never get back on track? The discouragement for me personally is the delay in getting to where I strive to be. I feel like the journey to get there is taking a very long time. Because of this, it almost feels like it's never going to happen which could cause me to stop believing. But, I keep trucking along...and I know one day I will look back and say "That was hard, that was a lot harder than I thought it was going to be but it was worth a lot more than I thought it would be!"

It is so easy for the magic to disapear from our thoughts once we experience just how hard life is. It is up to us not just accept and instead we need to continue to expect our dreams to become our future reality. This takes preperation, commitment, courage & confidence. 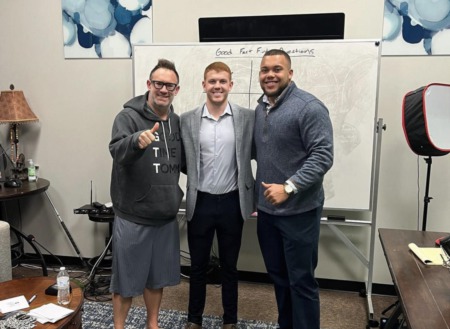 Celebrating A First In The History Of GTT Homes!

I hope you had a great 4th of July with your family and friends! Today we are celebrating our FIRST best 1/2 of the year in the history of GTT Homes! ...Read More